A Urinary Tract Infection (UTI) is a common and often painful condition that many people, especially women, will experience in their lifetime. On this page we’ll explore how it can be prevented and treated, and how it is related to incontinence.

What is a Urinary Tract Infection?

UTIs occur when harmful microbes make their way into the lower or upper urinary tract.
In most cases, the bacteria which invade the lower urinary tract come from our own bodies. E. Coli, which normally lives in the intestine, is the most common type that cause UTIs. It can infect the urinary tract when the urethra is exposed to bacteria from faeces. Staphylococcus saprophyticus is another type of bacteria that is especially common for causing UTIs among younger women. However, sometimes other bacteria are responsible.
What are the most common symptom for a bladder infection?

The difference between Lower and Upper UTI

The most common type of UTI is a Lower Urinary Tract Infection, and it is located in the urethra and bladder. Such an infection to the bladder is also called cystitis.

If the bacteria have high virulence and are left untreated they can spread up through the ureters to one, or both kidneys. If that happens the symptoms will get considerably worse with e.g. back pain, nausea and fever. This type of infection is called an Upper UTI or pyelonephritis and can potentially damage the kidneys, or even cause kidney failure. Sometimes a pyelonephritis can occur without starting with a UTI, but that is not as common. In some cases, the infection in the kidneys can also spread to the blood stream, causing urosepsis, which requires immediate intensive care.

Vague symptoms of a UTI

People with low immune response and diabetes, as well as elderly people, especially those with dementia, may have very vague and seemingly unrelated symptoms of an ongoing UTI, which makes it difficult to recognize an infection. Symptoms can be general weakness of their condition, confusion, nausea, dizziness, sudden incontinence or a greater severity of incontinence, for example. It is important to know what is normal for these particular patients or residents and recognise changes. An accurate diagnosis is essential to exclude other conditions that could cause the vague symptoms.

It’s important to recognize the earliest signs of UTI for a speedy diagnosis and treatment, particularly for frail elderly people who may show fewer symptoms and suffer more severely. This requires observational and communicative skills from the carer, or nurse, in day-to-day contact.

Conditions that may can be confused with a UTI

Asymptomatic Bacteriuria, also referred to as "friendly" bacteria, in the urinary tract, is a harmless condition that should not be treated with antibiotics. These bacteria will show no symptoms except for smelly urine in some people. This means that a positive dipstick test (nitrite and/or leucocytes) doesn’t prove that there is an ongoing UTI if there are no other symptoms.

Dehydration can also cause dark, cloudy and smelly urine. So, make sure that residents or patients are properly hydrated.

Who is at risk?

UTIs can affect any person at any age but certain groups are at greater risk.

The main reason women are more susceptible to getting a UTI has to do with the female anatomy. The urethra, is shorter than in a man, and it is also close to the anus from where bacteria can invade the urinary tract. In women, oestrogen hormone levels also decline with age. This can cause the walls of the urinary tract to become thinner and dryer. The protective mucous membrane, or mucosa, also becomes less acidic which reduces its ability to fight off infection. This is why oestrogen hormone treatment is recommended to prevent UTIs.

Other example of people at risk of getting UTIs are the elderly, people with diabetes mellitus, a person with an indwelling catheter, and residents and patients.

Not being able to empty the bladder properly can increase the risk of a UTI since bacteria can grow in the remaining urine. Some causes for residual urine are constipation, outflow obstruction caused by an enlarged prostate or a prolapse, spinal cord injury and nerve damage which interferes with the normal function of the urinary tract.

The connection with incontinence

Urinary incontinence is more common as we age and in connection with other medical conditions. The combination of age and various health issues can also contribute to a higher risk of a UTI. Some examples include inability to completely empty the bladder, reduced immune defence functions, and chronic illnesses. Bowel incontinence is another factor that increases the risk of a UTI.

The most important method of preventing a UTI is through proper hygiene routines and perineal care, besides individualized toilet routines that facilitate a complete bladder and bowel emptying.
A few tips on how to avoid UTIs:

In a care environment, toilet assistance can help residents avoid UTIs. This is especially true for elderly people who often have trouble emptying their bladder, which means bacteria will not effectively flush out with the urine.
Make sure that:

A full diagnosis is made by a physician. They will base this on urine test results and on symptoms of the infection. If an Upper or Lower UTI has been diagnosed and treatment is needed, the doctor will decide which antibiotic to prescribe and at what dosage.

If the diagnose is Asymptomatic Bacteriuria (ASB), where the only symptom is smelly urine, no treatment will be required in most cases. There are some exceptions though, such as ASB in children or pregnant women and where there are urea-producing bacteria (stone forming bacteria). In these situations, these people will be prescribed with antibiotics.

How can symptoms of an ongoing UTI be relieved?

* Non-Steroidal Anti-Inflammatory Drugs (NSAID) is a class of analgesic medication that reduces pain, fever and inflammation. 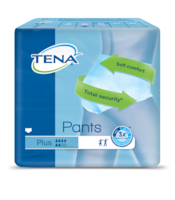 Designed for moderate to heavy incontinence

Maintain healthy skin and prevent skin disorders with the help of TENA. 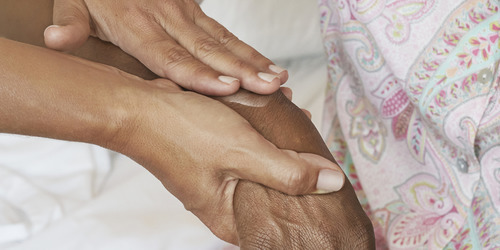 Discover our full range of high quality and innovative products, with proven benefits for improved continence care and personal hygiene. 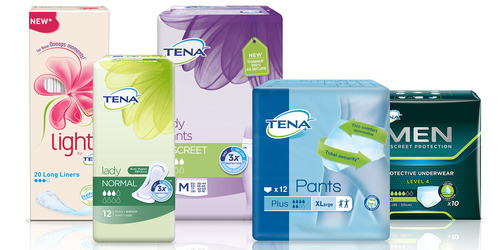 Contact TENA to learn more about our products and solutions.